A Little About Our History

Captain William Dun left England with his wife Maria in 1821. He arrived with his wife & 2 daughters, Frances and Catherine, who had been born on the trip to Australia. He was very well regarded and stayed with Governor Macquarie when he arrived. He received the grant for Duninald on December 31 1821. The earliest land grant in the Paterson area.

He ordered 3,000 bricks from Newcastle in 1822 and commenced the construction of Old Duninald.

This was the home to William Dun, Maria & their 11 children.

A legacy of his stay with Governor Macquarie was the seed of the Norfolk Island hibiscus tree which was planted by Old Duninald & still stands today…a little battered but perked up at  the thought of the home being occupied again.

The land grants were an early example of privatisation of government services. Land in exchange for the keeping of the convicts. Grants were given on the basis of 1 convict per 100 acres. William Dun took 13 convicts for his 1300 acres.

William Dun was a distinguished member of the community and involved in many community roles: He carried out divine service in the early days of his time here. He was appointed Coroner for the District of Patterson’s Plains, he was appointed Clerk to the Bench of Magistrates and Postmaster.

In 1825 the whole of Dun’s farm buildings were destroyed by fire lit be some of his convicts. He lost his farm implements and the supply of wheat and maize. It also set the seeds for a difficult financial time for Dun. He suffered insolvency in 1843, a victim of the 1840’s depression.

In 1844, William’s daughter married Charles Reynolds who was leasing Tocal from James Webber. James had travelled with William in 1822 to select their land grants. It was the start of Duninald & Tocal working together.

Duninald was in the hands of the receivers until 1860 when it was purchased by Charles Reynolds. The property was transferred to Frances and her children in 1868.

William Dun remained in Old Duninald until 1864 when he moved to Queensland.

Old Duninald was was used off & on until 1943 when it became the home of Sidney & Phyllis Reynolds.

It was used for the family, Sidney & Frances (Eales) 1876 until the main new residence at Duninald was completed. It was used as a school  for the farm workers children, it was a managers residence and a store room.

After the death of Vivian in 1943, his son Sidney moved in. Initially Sidney ran a diary, this was closed in 1966 and Sidney started a native tree nursery. Sidney and Phyllis  lived there until their deaths 2000 & 1997. Sidney  & Phyllis are buried together in the wood.

The house was in a sad state when Duninald was bought by the Wokes in 2005. It was a dream for Chris and their builder Max Sanson to resurrect Old Duninald. Initially the house was secured against further deterioration and in 2012 Eric Martin, heritage architect for Tocal, was engaged to draw up plans for Old Duninald.

Max Sanson painstakingly undertook the task of keeping the heritage elements of the house and selecting matching materials to create the wonderful house that is now Old Duninald.

What has been created is a luxury heritage house, respecting the history but creating an extremely comfortable contemporary house for you to stay. 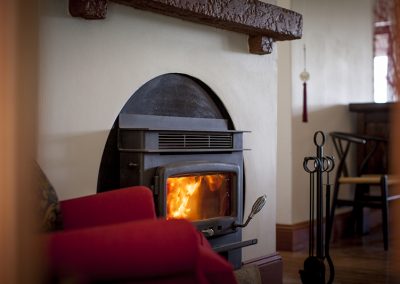 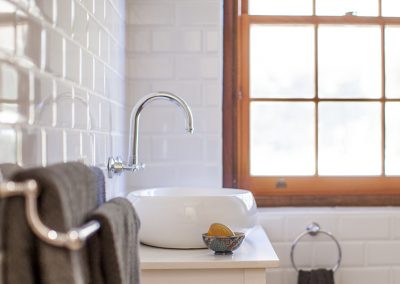 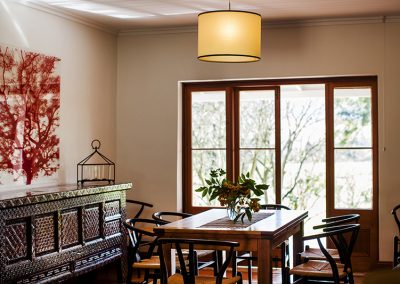 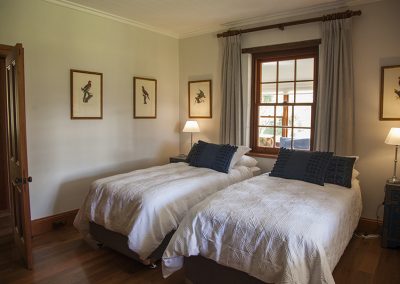 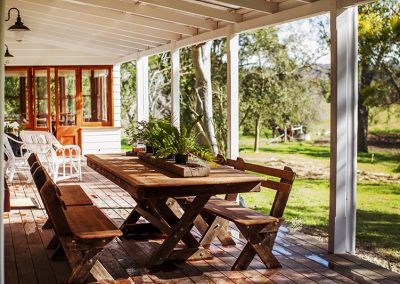 Having worked and lived on ‘Duninald’ for 48 years, it is breathtaking to come back and see what Julia & Chris have achieved. Not only on the property but also the amazing guest accomodation! And what a lovely welcome from Chris & Julia.
Thank you!